Creating an impactful presentation is an art that only a handful of people have mastered. There are certain techniques that each one of them have followed to create magic with their slides. And Google’s CEO Sundar Pichai is one of them. He is known to deliver brain-friendly PowerPoint presentations that create a lasting impression on the viewer’s mind, and he does it with a clear and concise ideology that is based on science and facts.

Sundar Pichai is one of the most admired and revered technologists working in the world’s most revered brand – Google. No wonder then that his presentations are a perfect example of how things should be done to effectively put across the message. Pichai earned his bachelor’s degree in metallurgical engineering from India’s pioneer institute – the Indian Institute of Technology that admits only 1 percent of the total number of applicants. This is even lower than the Harvard that admits 6 percent. He then went on to advanced degrees in material sciences, engineering, and business from Stanford and Wharton.

With such a strong base, Pichai is now able to communicate the most complex data in the easiest of ways so that even the lowest common denominator in his audience can understand his points.

The central idea behind his success in presenting brain-friendly PowerPoint presentations is that he uses less text and more images. Storytelling is best done with visual imagery and boring or too much text can make it unappealing to the brain, said Sundar Pichai in a global conference to bring his point home. The most striking part of his presentations is that there is a lot of white space available, and his slides are extremely uncluttered. The usage of minimum text and engaging pictures makes his presentation quite engaging and interesting. One of the thumb rules of advertising is maintaining enough white space for the eyes to feel relaxed while looking at a particular piece of infographics. And Pichai’s presentations follow that to the T.

Reinforcing the philosophy, a researcher studying Pichai’s work stated that his average presentation involves only 40 words and that it takes him 12 slides to reach the 40-word mark. Most of the slides consist of visuals, images, and animation, and the words are only used to concisely describe them. In one of his presentations, the opening slide had the logos of Google’s primary products including YouTube, Search, Andriod, etc and the only text it had was – 1 Billion + Users. This very clearly and precisely convey the message that Google’s products have reached the 1 billion mark without cluttering the space or creating visually jarring images. It was a simple slide conveying the most important message clearly.

You can download the free templates here: Free Slides

Why Pichai’s presentations are brain-friendly

Sundar Pichai and Google’s slide designers are experts are creating brain-friendly presentations, and there is science behind their decision. Cognitive scientists say that humans are not as expert at multitasking as we would like to believe. Our brains are not capable of doing two things at a time and do it both of them equally well. So, reading the text and comprehending the visual imagery at the same time in a slide, while listening to the speaker and understanding all of it is not possible. Studies have shown that the human brain remembers pictures a lot more clearly than text. According to different studies, it has been observed that people only remember 10 percent of the text shown to them after a few days, while they are able to remember 65 percent of images.

This reason makes it clear enough why Pichai’s presentations are so picture-oriented. Slide guru Nancy Duarte prescribes a ‘Three-Second’ rule. She says that if the viewers are not able to understand a slide in the first three seconds, then it is too complicated. Slides are pretty much like billboards installed by the roads where people are driving at a certain pace. They only have a few seconds to see what’s there on the billboard. So, the billboard designs must be such that they drive the message across in seconds. Similarly, presentation slides must follow the same philosophy. If the message doesn’t travel across quickly, it probably needs to be redesigned.

So, it is clear that Sundar Pichai strives to make communication clear and to the point. While understanding his techniques can help you create powerful and impressive presentations, the best and the easiest way to do it is to hire a professional like Visual Spiders. One of the best PowerPoint presentation design companies, Visual Spiders has helped a number of Fortune 500 companies create Google slides and PowerPoint presentations for impressive results.

Related Content: How Nancy Duarte’s concepts can be leveraged for PowerPoints 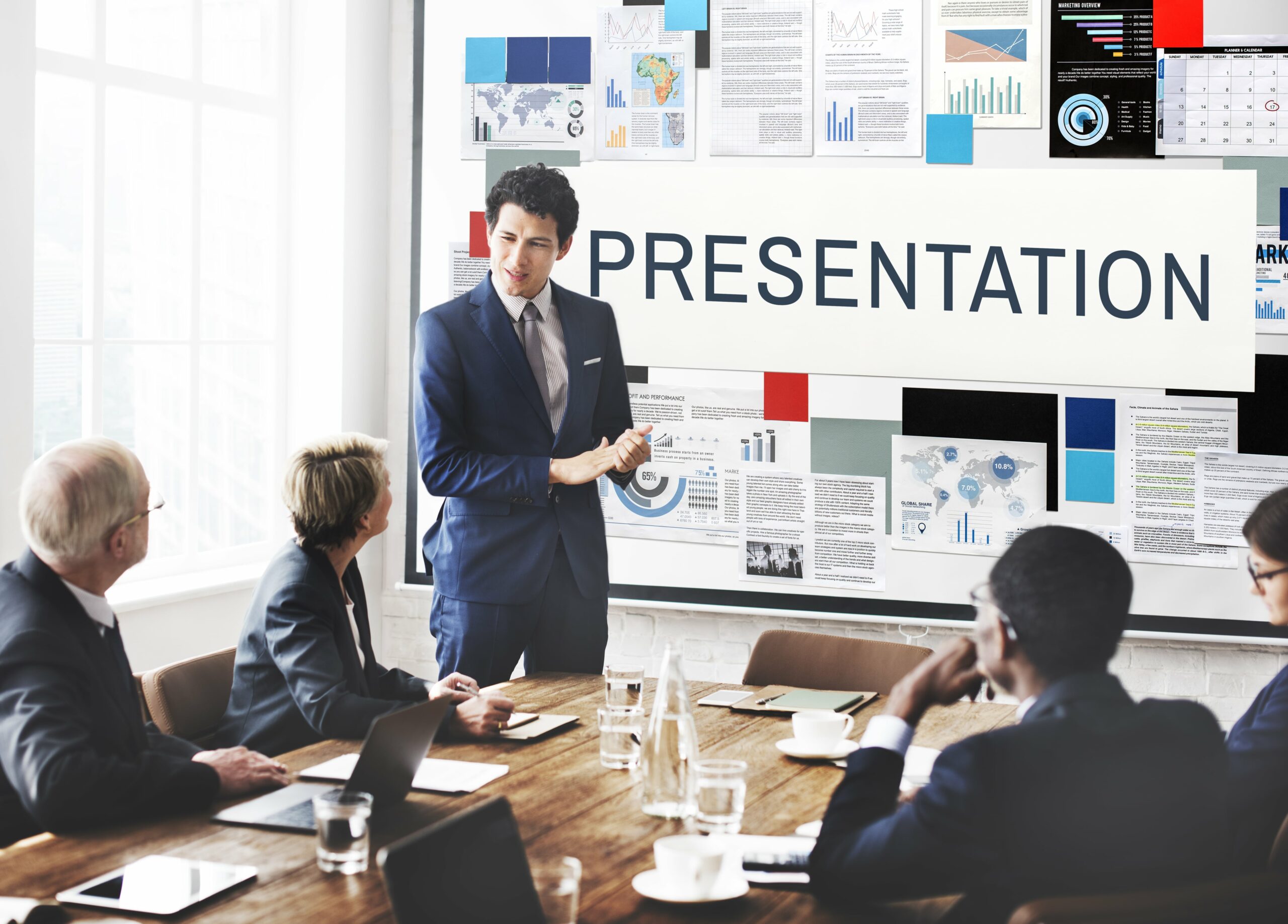 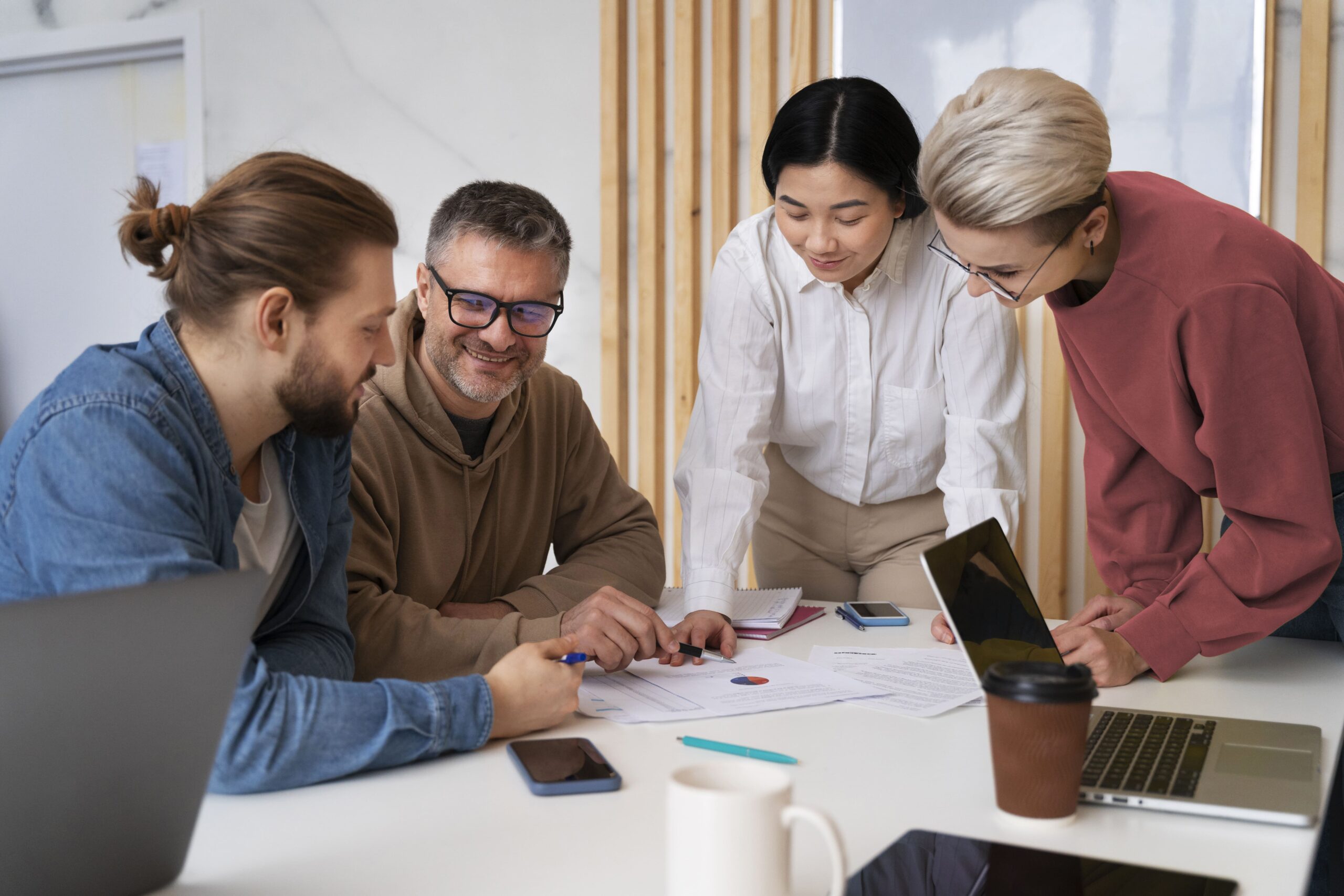 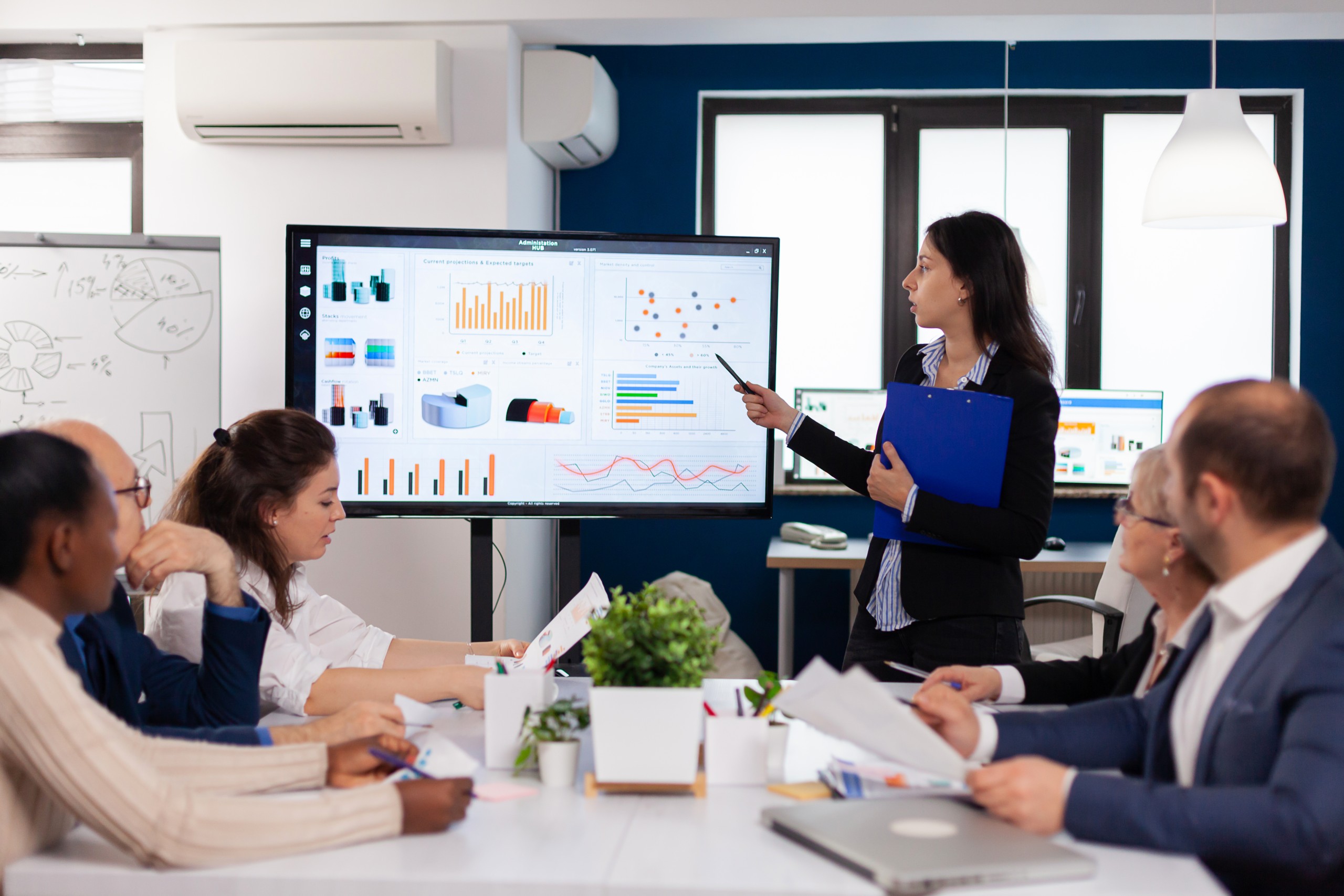 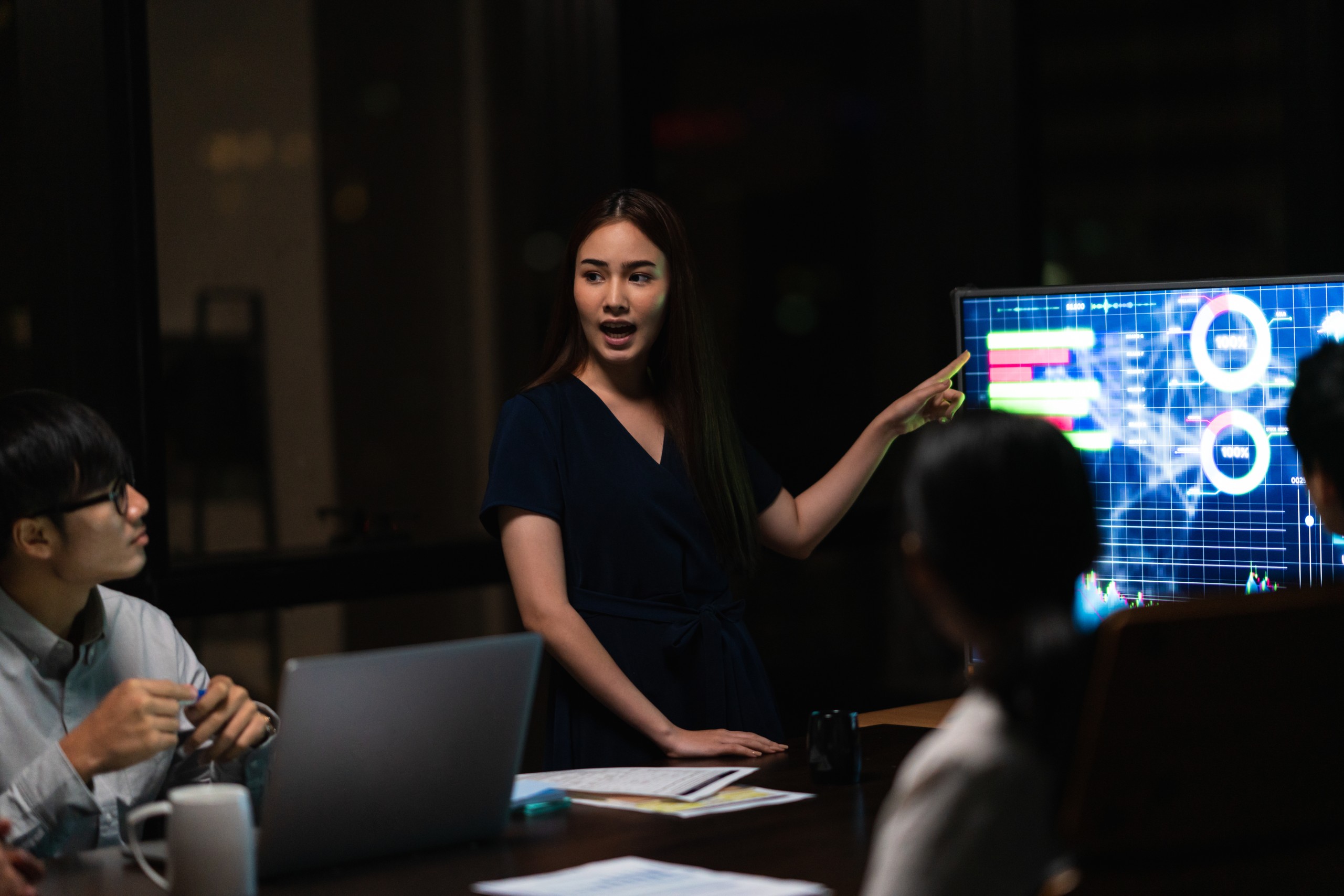 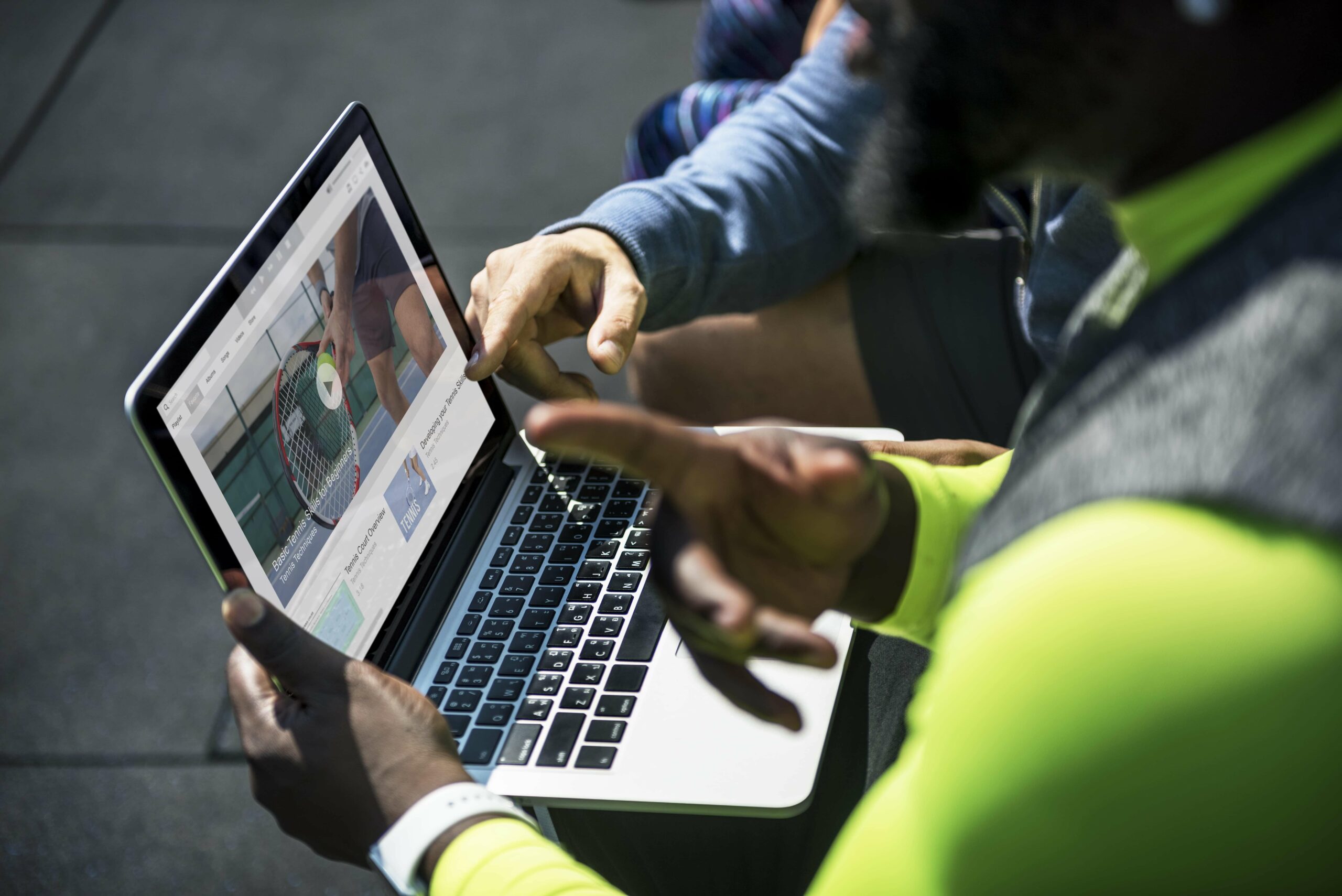 Short Guide on how to make PowerPoint into a video? 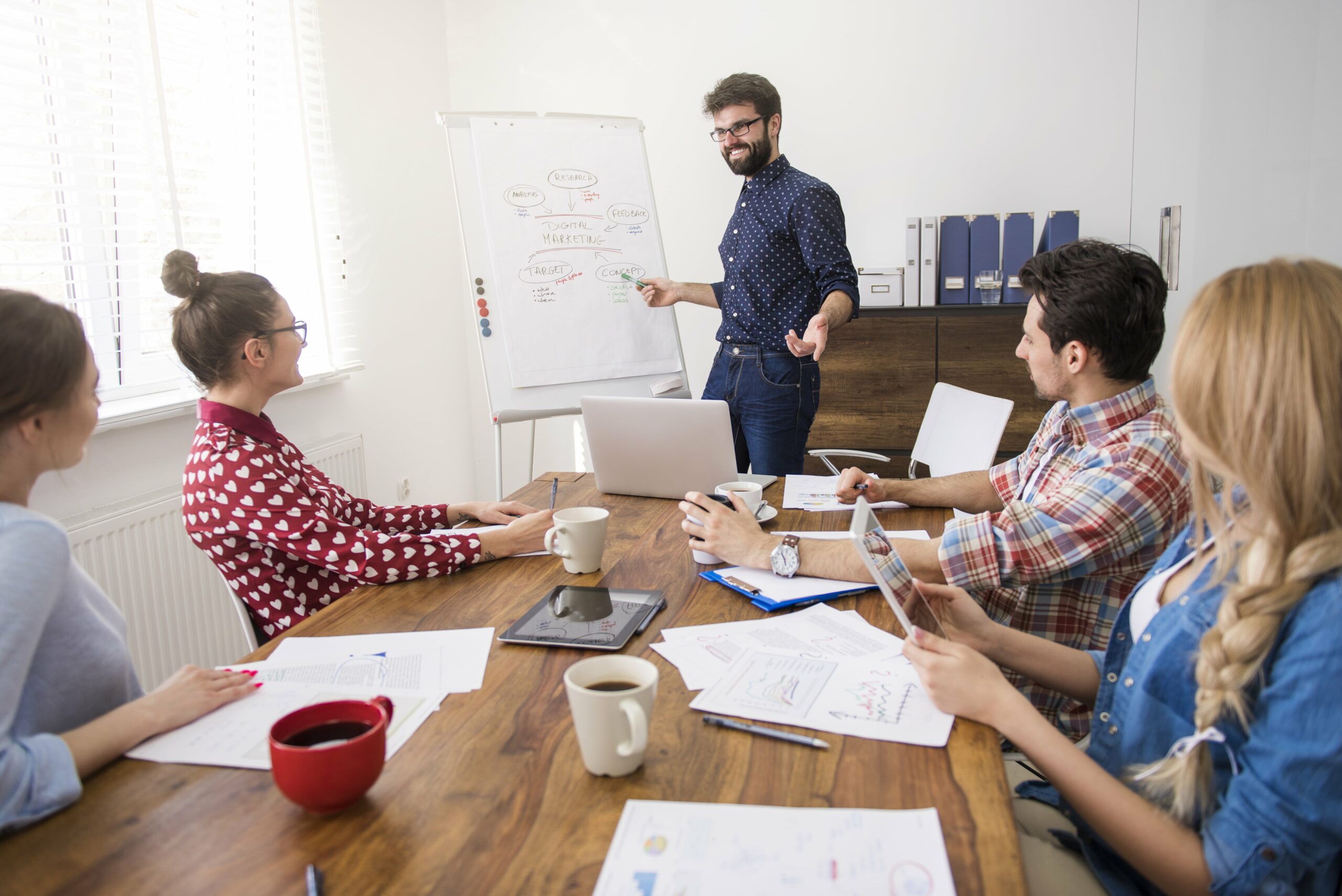 Ready to work with us